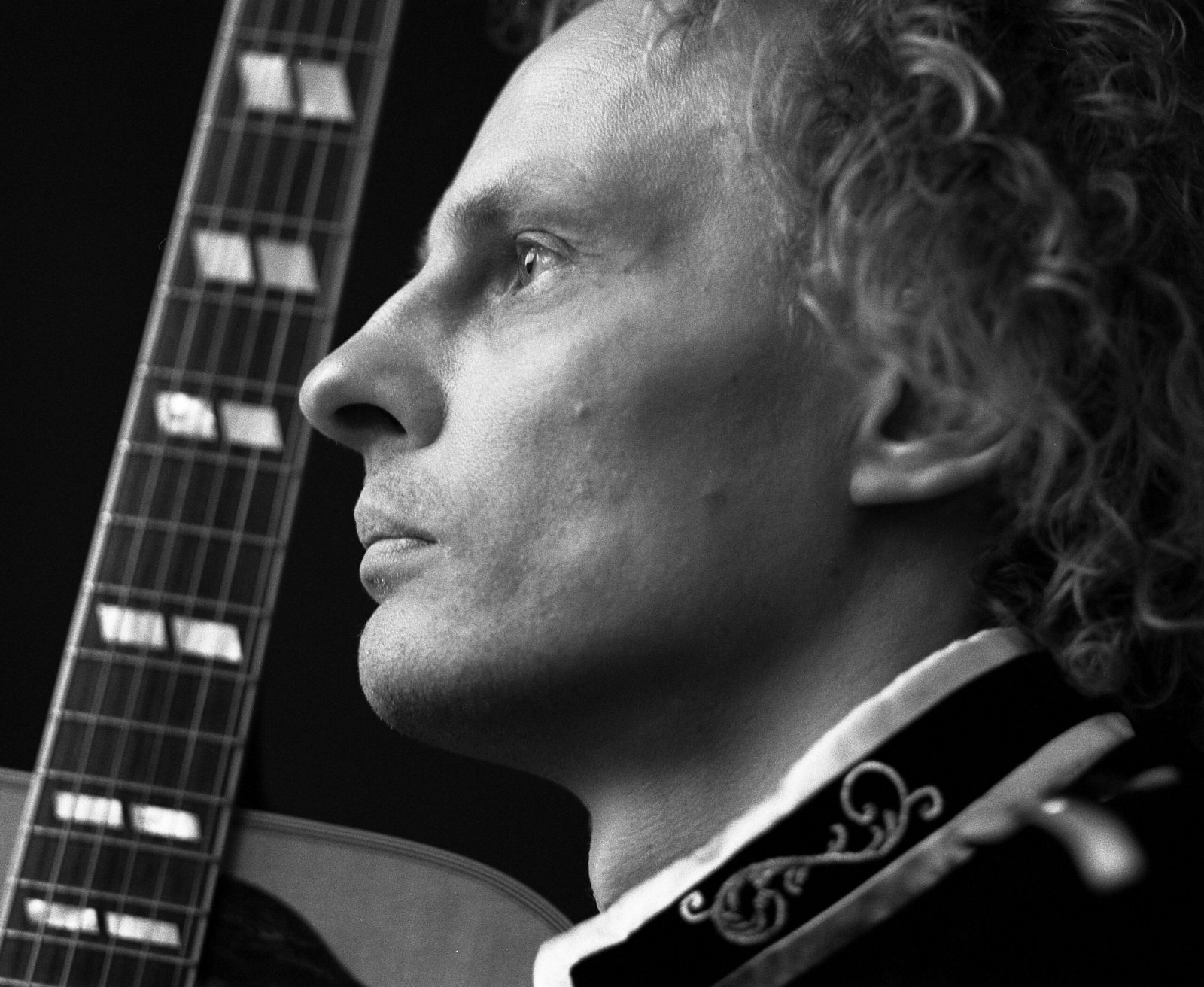 Mauri Dark’s autobiographical debut solo album Dreams Of A Middle-Aged Man invites you into dark, folky, timeless, intimate, and acoustic songscapes. There is a story behind the record, says the artist:

“The songs and lyrics were made amidst the changes of breaking up from a 7-year relationship, my mother’s death of cancer, and finding happiness again, getting married, having a firstborn daughter and making music.”

Equipped with a baritone guitar and his deep, low voice, Mauri Dark is an experienced musician and songwriter. For his self-produced-recorded-performed solo album, he got to work with his dream audio team. Associate producer Jussi Vuola is a band mate and a musical blood brother. Mixing engineer / associate producer Hiili Hiilesmaa is famous for his work with HIM, Apocalyptica and Amorphis. Vlado Meller has previously mastered albums for Johnny Cash, Metallica, and Michael Jackson, to name a few.

“Dreams Of A Middle-Aged Man is the record I have always wanted to make, Mauri Dark says. “It is an emotional, honest and sincere acoustic album full of moods and stories in the spirit of Johnny Cash, Leonard Cohen and Nick Drake, and polished by the finest audio professionals and equipment in the spirit of the old times when albums were made to last.”

This site uses cookies to give you the most relevant experience by remembering your preferences and repeat visits. By clicking “Accept”, you consent to the use of ALL the cookies.Read More
Do not sell my personal information.
Manage CookiesAccept
Manage Cookies