Mauri Dark And His Daughter In New Music Video 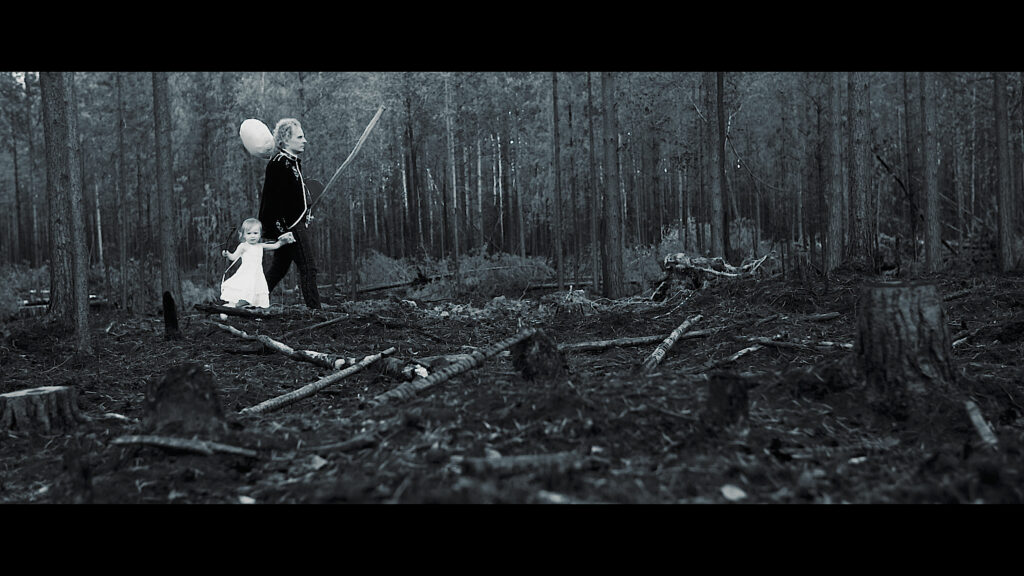 Top 20 UK iTunes singer-songwriter Mauri Dark is quickly becoming known for his stark, cinematic, and striking music videos. His music video debut “Dreams Of a Middle Aged Man” has been selected for the International Music Video Awards, Europa Film Awards, Pune Short Film Festival, the Rome Music Video Awards and others. Now, Dark is joined by his young daughter for a walk through post-apocalyptic lands in “Love Will Prevail.”

Shot in Muhos, Finland, with cinematographer Vesa Ranta, the footage for “Love Will Prevail” was intended as a side story to “Dreams Of a Middle Aged Man.” The video will be released on March 31st, 2021.

Mauri Dark says, “The ‘Love Will Prevail’ music video is a dreamy journey through an apocalyptic, burnt forest, together with my two-year-old daughter. There is no purer form of love than the love towards your own child. My daughter, Hymni, is the star and director of the show. I love her more than anyone else. Dressed in white and with a white balloon tied to her back, she guided us through each take with her innocent, playful, intuition. This video is a wonderful memory for both of us. Editing it was a heartfelt experience. Just watching her being her beautiful, pure, self, unable to fake or act. If we could only maintain a tiny part of the pure love and joy a child has simply being alive this world would be a wonderful place. Love Will Prevail!”

ABOUT MAURI DARK:
Born Mauri Kosonen in 1978 and based in Turku, Finland, Mauri Dark is a singer/songwriter, multi-instrumentalist, established musician and a professional visual artist. He has recorded 8 albums and performed more than 500 shows in 25 years with different bands. He is best known for 5 albums with metal duo, Mystons. “Dreams Of A Middle-Aged Man” is Mauri Dark’s first solo album. It includes a Top 10 South Africa iTunes hit and a Top 20 iTunes UK hit.

Back
This site uses cookies to give you the most relevant experience by remembering your preferences and repeat visits. By clicking “Accept”, you consent to the use of ALL the cookies.Read More
Do not sell my personal information.
Manage CookiesAccept
Manage Cookies